A hybrid approach to structural modeling of individualized HRTFs

The landscape and topographical questions in spatial audio

Who Makes The Sound? Agency, Surprise and Embodiment in Performing Music with Artificial Musical Intelligence 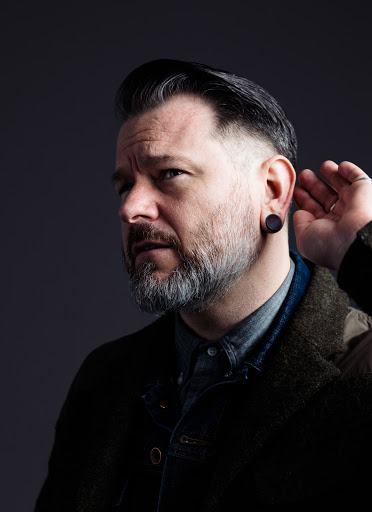 This paper provides a study of a cooperative learning workshop which invited composers, musicians, and sound designers to explore instruments from the history of electronic sound in Sweden. The workshop applied media archaeology methods towards analyzing one particular instrument from the past, the Dataton System 3000. It then applied design fiction methods towards imagining several speculative instruments of the future. Each stage of the workshop revealed very specific utopian ideas surrounding the design of sound instruments. Here, we lay out the intellectual, material, and social conditions of the workshop, along with a selection of the workshop’s outcomes, and some reflections on their significance for the NIME community. By presenting this method-in-progress, our intent is to inspire dialog around the premise that the linked examination of historical electronic sound technology’s affordances and ethics can inform contemporary instrument design practices. 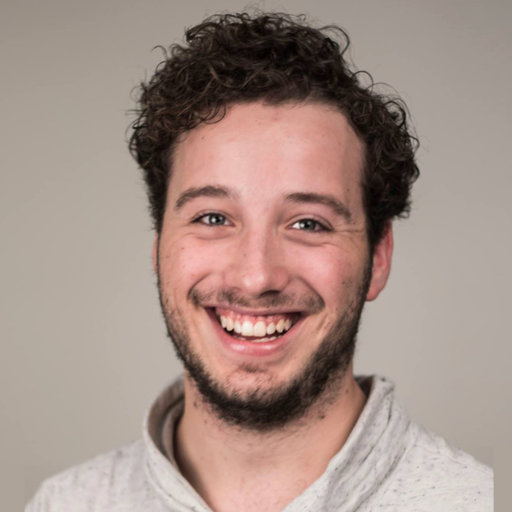 The goal of my PhD project is to push the state of the art in the field of physical modelling for real-time musical instrument simulation. Using a physical model rather than, for example, sampling synthesis, makes the playability of the digital instrument very flexible.

“Why not just use the real instrument?” you might ask. Many interesting instruments exist that can not be played anymore as they are either too damaged or too rare and valuable museum pieces. Physical modelling allows these instruments to be resurrected virtually and brought back to a greater audience. Furthermore, instrument simulations could potentially extend traditional instruments in ways that would be impossible in the real world. Changing the shape, size or material of the instrument over time potentially results in interesting sounds and could even extend the possibilities for expression for the musician. 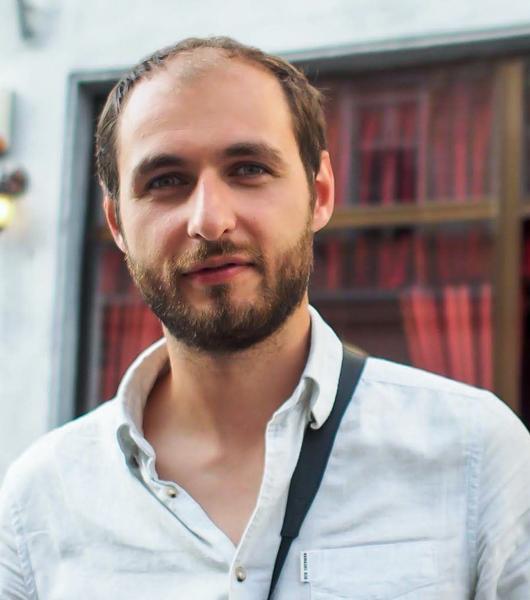 The potential benefits of listening to music have received widespread attention in the academic world as well as the mainstream media. While some anecdotal benefits have been repeatedly disproved (f.ex. the link between classical music and academic performance in children) some research focused on the psychological, emotional and social benefits. These studies indicate that music provides a platform for multi faceted self-related thoughts focusing on emotion and sentiments, escapism, coping, solace or meaning of life. Unfortunately, not everybody is allowed access to these benefits for different reasons, but one category of people in particular are affected: the hearing impaired.

Hearing impairment is a problem of significant prevalence in the population that can affect individual personality, social life and is linked to higher isolation, seclusion and anxiety levels. According to the World Health, almost half a billion people suffer from disabling hearing loss, with a predicted 900 million by the year 2050.

In cases of severe hearing loss, the most frequent solution is a cochlear implant (CI) – a neuro-prosthetic device that replaces the damaged inner ear with electro-acoustic devices. These implants electrically stimulate the auditory nerve, bypassing the faulty ear. The quality of the post-implant hearing lies on a wide spectrum and is influenced by the size of the electrode array, the health of the patient, neuroplasticity, quality of the surgery, period of pre-implant hearing loss and the amount of residual hearing. While the majority of CI users achieve good speech perception in low noise environments, music perception is particularly are affected. Nevertheless, most users can enhance their listening experience to some extent by following visual cues such as lyrics of a song, or by using haptic devices that convert music to touch.

The aim for this project is to explore the possibility of augmenting music with vibrotactile stimuli so that persons with CI implants would find more enjoyment in music. The focus will be on designing and evaluating tightly integrated hardware and software systems that aim to improve music characteristics such as melody and timber perception. As a result, the project will develop novel methodologies for multisensory signal processing, focusing on the physiological and perceptual characteristics of the touch and hearing. 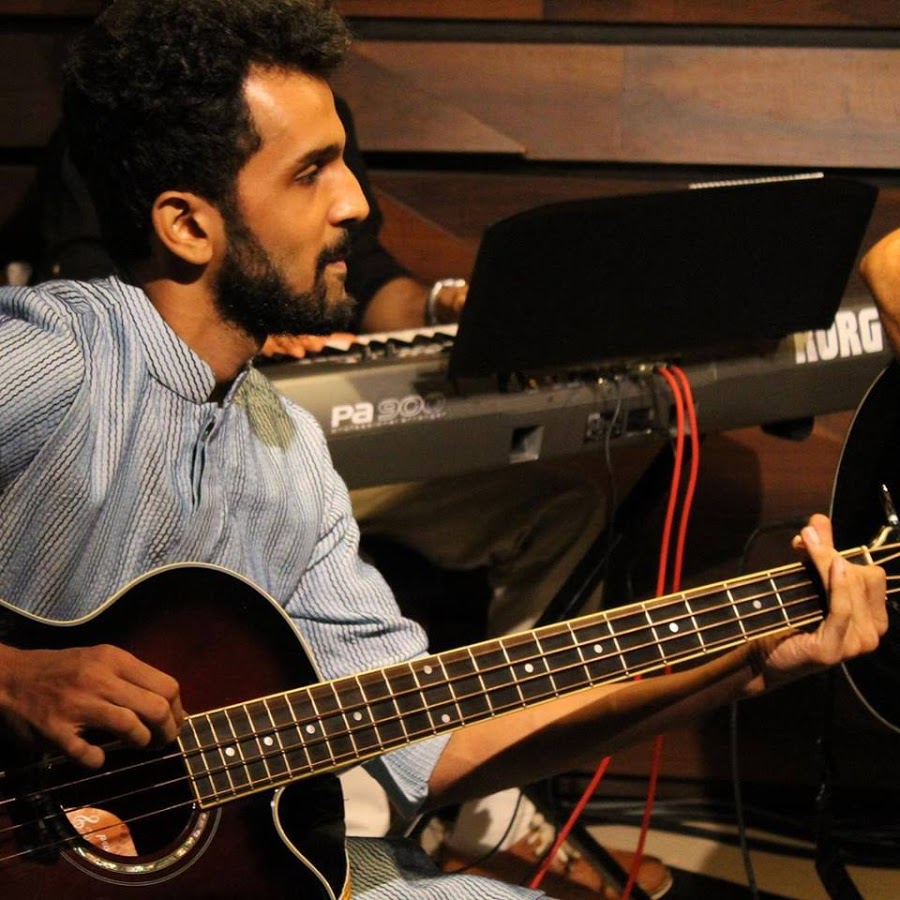 My goal is to systematically investigate the design of musical feedback for post-stroke movement rehabilitation. To regain physical function after a stroke, prompt and extensive rehabilitation is crucial. An emerging rehabilitation technology is biofeedback, which involves measuring bodily activity and converting it into a perceivable stimulus (vision, sound or touch) to give the individual greater bodily awareness and control. Auditory biofeedback in this context converts movement measurements into sound signals to provide simultaneous feedback, found to improve patients’ movement performance. However, the sounds are basic (noise or simple tones), making the feedback annoying and fatiguing over long periods. The use of music has recently emerged as a promising solution to this problem, with its potential as a motivational and movement-inducing tool.

The research will investigate musical biofeedback in the contexts of balance, sit-to-stand and gait training, specifically addressing the following challenges:

The work will focus on technology development, collaborative musical biofeedback design and experimental evaluation. This research will provide a necessary theoretical and empirical foundation for the future design and application of musical feedback in stroke rehabilitation protocols.

A hybrid approach to structural modeling of individualized HRTFs

Individual HRTFs are paramount for a VR experience free from localization and perceptual artifacts. However, acoustic measurements are often strenuous and expensive.
We present a hybrid approach to HRTF modeling using three anthropometric measurements and an image on the pinna contours. A prediction algorithm based on variational autoencoders synthesizes a pinna response from the contours, which is used to filter a measured head-and-torso response. The ITD is then manipulated to match that of a HUTUBS dataset subject minimizing the predicted localization error.
Although evaluation with a perceptual localization model proves inconclusive, the performances in terms of spectral distortion show promising results. 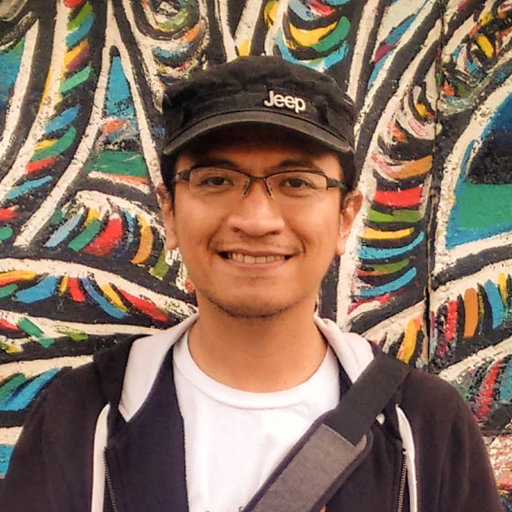 As robot permeates our life, postphenomenological perspectives have been used to examine the relations between human and robots. My research investigates the application of sound as the medium of communication  in such relations. 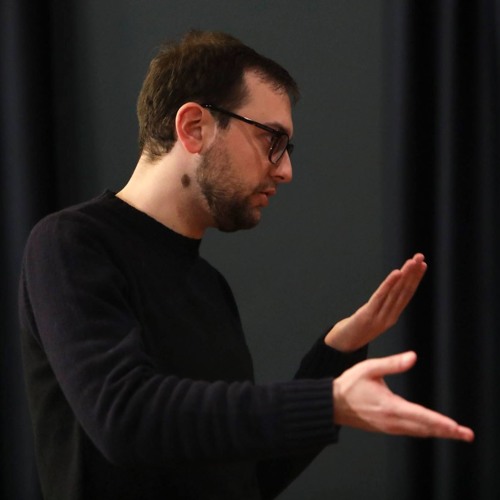 The doctoral project proposes the study and the implementation of a musical adaptive system and the investigation of the system’s interaction with the audience through the medium of sound art installations. Adaptive systems are increasingly used in the musical interaction field because of their flexibility to adapt to different and unexpected environment perturbations, thus creating a connection between the audience and the system itself. Preliminary studies and research have been conducted in order to increase the background requested for the project, also exploring the connections with other projects. Future work will focus more on the problem of musical style and creativity for such adaptive systems and on the implementation of the results found so far. 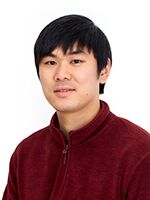 How can we define and design text-based musical interactions? To investigate this question, a new computer music programming language GLICOL (an acronym for graph-oriented live coding language) is developed. As its name suggests, Glicol has a unique syntax that can be used to represent an audio graph and it is optimised for live performances. Glicol is written in Rust and runs in web browsers at a near-native speed using WebAssembly. User studies of Glicol are in progress and we are keen to see how this language can help more people without a programming background to get started with live coding. 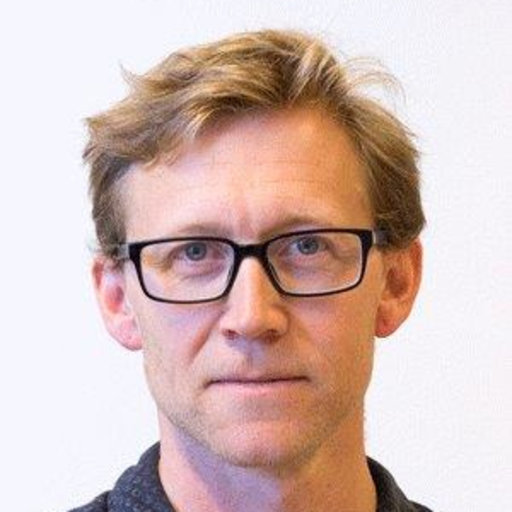 The landscape and topographical questions in spatial audio

Spatial audio is a set of techniques and technologies for moving sound around a listener in three dimensions. This presentation discusses spatial audio from discursive and practice-based perspectives with a focus on ambisonics and wave field synthesis. The primary focus is how place and the landscape can be represented through spatial audio. 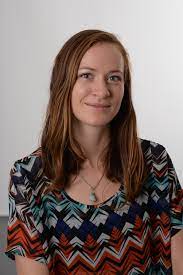 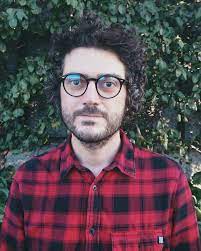 Who Makes The Sound? Agency, Surprise and Embodiment in Performing Music with Artificial Musical Intelligence Is it possible that humans and machines share agency in music performance? Imagine playing the guitar, for example. It is the skilled player who makes the sound, and surprising rhythms or pitches are often unwanted. What about when you include machines? My PhD focuses on what computational approaches to generating sound and music can afford in terms of control differently from traditional acoustic instruments. In this talk, I will present snippets from my research-creation on designing and performing music with machines, mainly using artificial intelligence methods for embodied interaction.

Cochlear implant (CI) devices have improved the quality of life of hundreds of thousands of deaf individuals by enabling them to hear and understand speech in quiet environments. However, a necessary reduction in spectral information performed by the CI processor significantly affects the CI recipients’ perception and enjoyment of music. The ACUTE (ACoUstic and Tactile Engineering) group at the University of Iceland aims at circumventing these limitations of the CI by providing an additional tactile stimulation alongside musical playback. This includes designing an encoding scheme to map musical properties to vibrations of various amplitudes and frequencies and designing and building a vibrotactile display to convey this information to the skin at the appropriate body locations. In this talk, I will present our current work and research towards this objective. 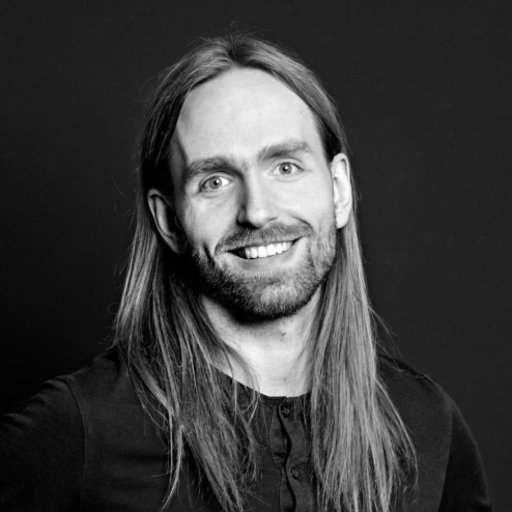 Wave-based simulation methods offer high precision renderings of the acoustics of virtual domains, but historically have been limited to small rooms and very low frequencies only, due to the significant computational cost associated. In this talk I will present our research on wave-based virtual acoustics, where we have leveraged the latest advances in applied mathematics, high performance computing and acoustic modeling to enable large scale and highly accurate renderings of the acoustics of spaces. 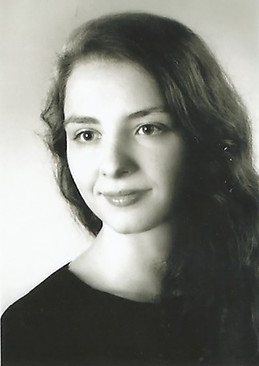 Reverberation time is one of the most important parameters that describe the behavior of sound in space. The techniques for reverberation prediction started emerging already over a century ago. Since then numerous formulas, which aimed at improving the accuracy of such predictions, were introduced. None of them, however, provide accurate estimations of the reverberation time values to be used with trust. My present research aims at determining which of the reverberation prediction models is the most accurate when applied to a big range of spaces with different sound absorption conditions. It also addresses the problem of including the air absorption in reverberation time estimation. Additionally, a method of facilitating acoustic measurements is introduced. 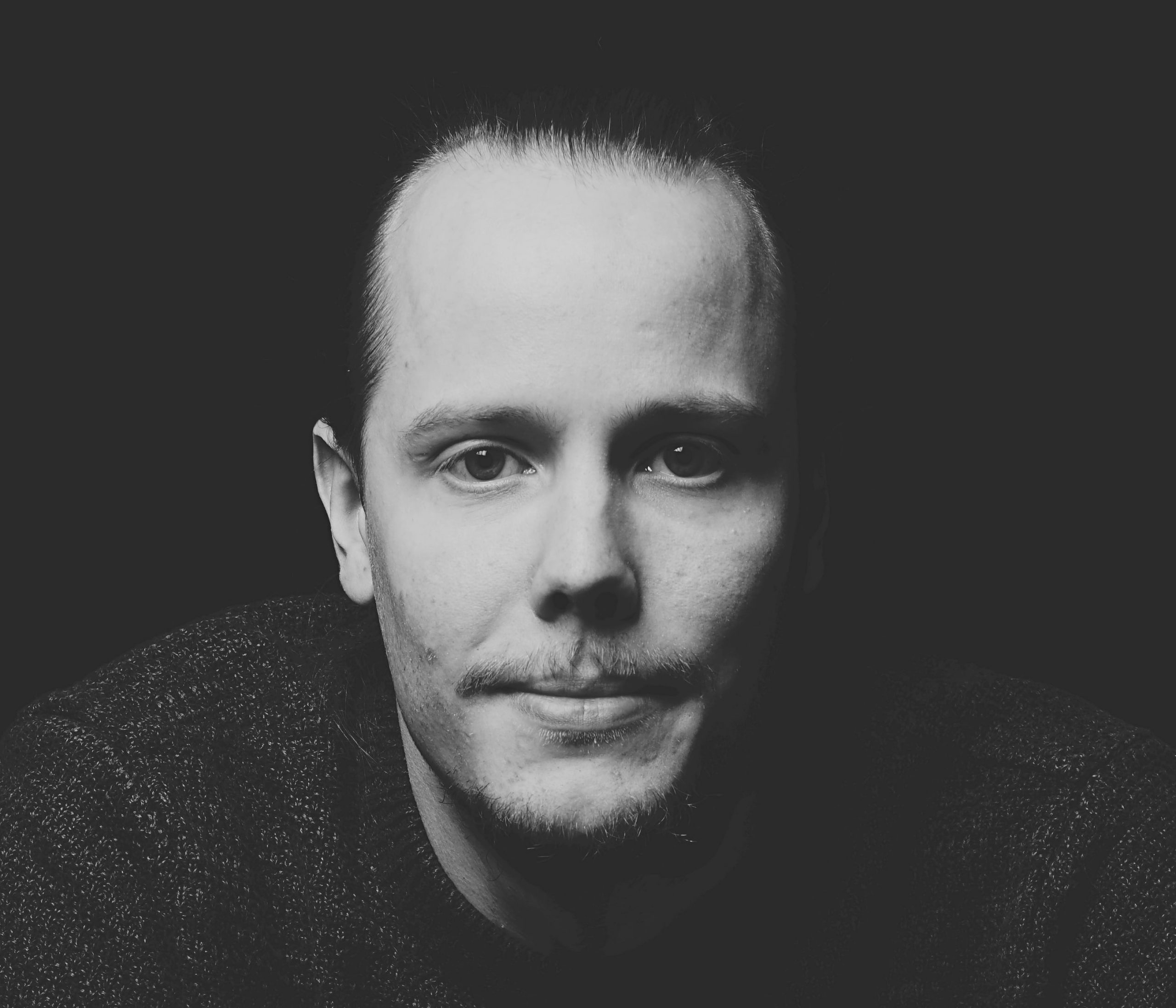 A room’s acoustics are a prominent attribute of the sound experienced through a loudspeaker. The dimensions of the room, as well as the specific surfaces and surface materials, have a defining effect on what a listener hears when listening to audio through speakers in a room. Moreover, the position of the listener has an effect on the sound as well due to the effect of standing waves and the distance to specific surfaces. Current state-of-the-art methods of accounting for the coloration of the room assume a specific listening position, that is then corrected for. In addition to normal speaker room calibration methods, my research aims to take the position of the listener into account via the use of a camera and face tracking. This allows for location-specific calibration of the speakers in real time and arguably a truer representation of the audio. 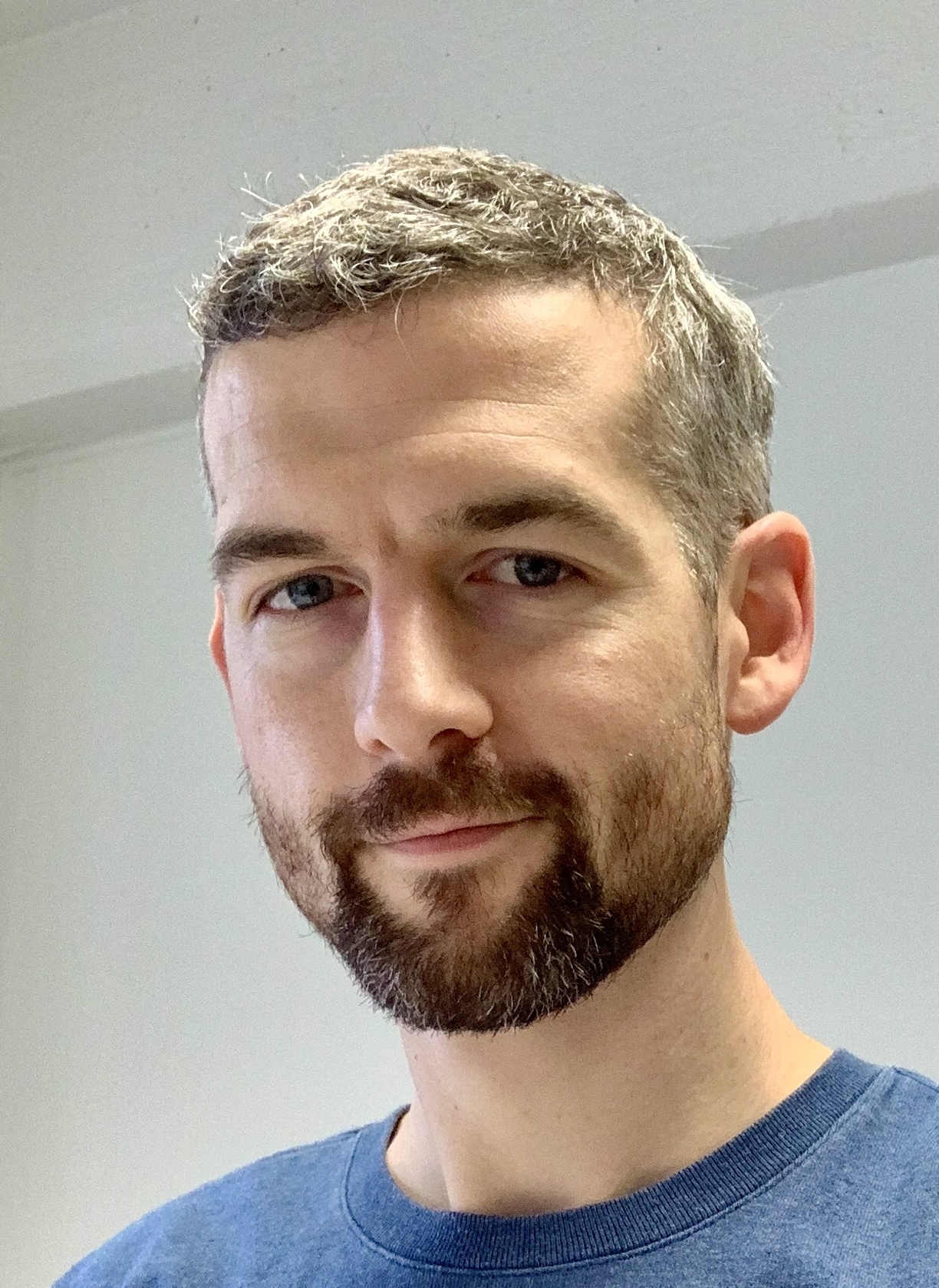 This talk will present ongoing work in characterising complex acoustic scenes through the use of sector-based sound field decomposition in order to extract source signals of interest. In particular, the task of localising multiple sound sources in 3-D space is addressed through energetic sound field analysis of spherical harmonic signals produced by distributed, ideal microphone arrays. The technique is evaluated under conditions of concurrent sound sources as well as in noisy and reverberant environments. Potential applications will be discussed briefly, including six-degree-of-freedom sound field navigation in virtual environments, audio coding and transmission, and speech enhancement.

Nordic SMC is an university hub on sound and music computing supported by Nordforsk.